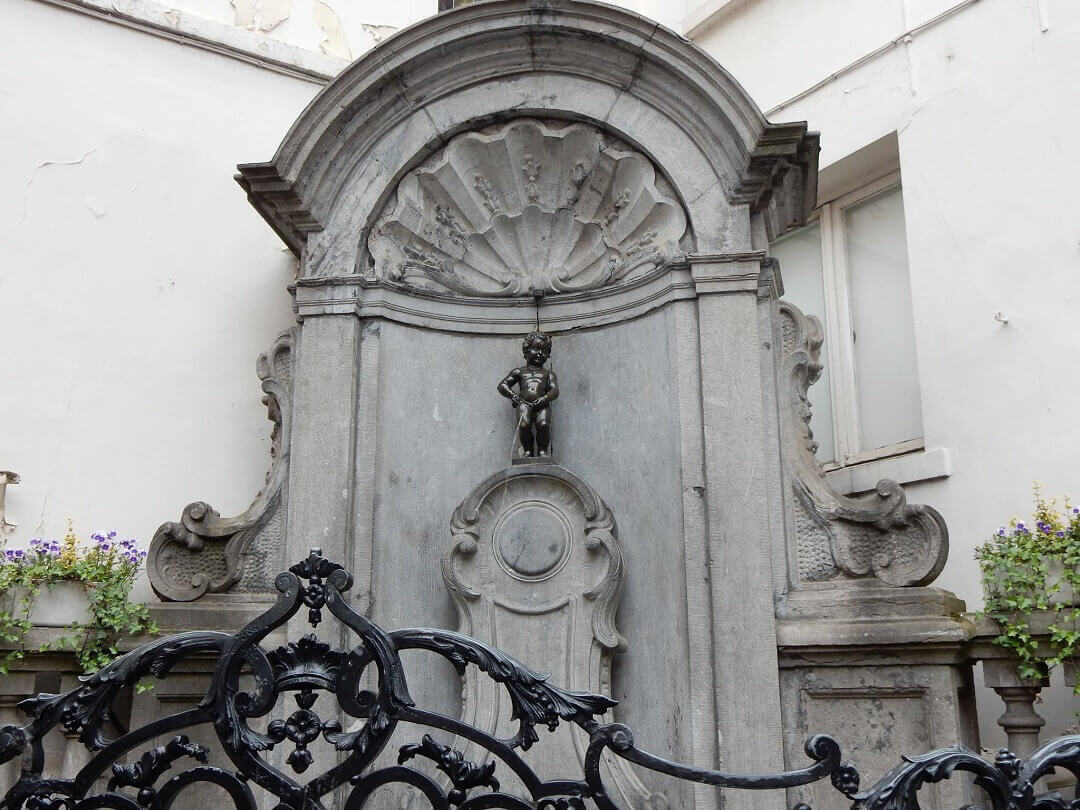 So… Brussels! I’m on my own again by the way, my dad has returned home safely after 7 days being with me. Brussels is actually pretty nice, as soon as you’re past the shock of the view on the train (dreadful). It’s also the first city I’ve encountered in which the train station is literally in the center (Bruxelles-Central), it’s less than a 5 minute walk to Manneke Pis for example! Furthermore it smells unbelievable good in Brussels, there’s cheap food everywhere. One of the restaurants managed to lure me inside with ‘ask our customers how good it is, and drink on the house’. I actually got more than that! They gave me free bread and a dessert as well.. So I tipped them rather well (at least, in a Dutch perspective it’s rather well).

I didn’t went outside the city center of Brussels, so I can’t give an opinion about that part…. By the way, some of you may have noticed that I was on the radio while I was in Brussels! DJ Domien Verschuuren (#3FM) and I chatted live for 4 minutes, arranged by my girlfriend (thanks for that..!). Meanwhile during the interview (I hope it was not noticable) I found out that my Flixbus had a delay of 3 hours… that would mean that I would leave at 5:20 in the morning instead of 2:20, and that I could forget about my connecting ferry to Dublin. Soon after the interview I luckily found an alternative in the name of ‘Ouibus’, which was a little bit more expensive.

So now all of a sudden I would leave at 23:20 and arrive at 6′ in the morning in London. So…. imagine my frustration that we’ve waited for 4 hours straight on Bruxelles-Midi (outside!) on the Ouibus, that also didn’t show up! Luckily after a while one of the other passengers was able to call a number, and the only thing that we were told; problem in Amsterdam, bus just departed. So thát bus also had a delay of approximately 3 hours. Luckily I found myself present in the company of 3 very nice ladies; 2 from Mexico and 1 from Russia.

Time flew by while we chatted along. Even the homeless people at some point didn’t want to come near to us anymore. We looked so frustrated and grumpy. At 2:20 the Ouibus showed up (yes, exactly on the time that I originally planned to leave), and I immediately felt sorry for the driver. It turned out that the original driver could not make it due to unknown reasons. So he was woken up from his bed and had to come a.s.a.p. to Amsterdam to ride the bus. He was extremely worried and careful for all the passengers with other connections in London, and he tried to make the best out of it.

After some struggle he’d gotten us on the last slot on the train to London from 05:29. However due to ignorent passengers with incomplete documentation to go into London. we did not make that train. Apparently we’ve taken the train from 06:49. I didnot notice a thing because I was asleep all night long. This also meanth that we ended up in the morning traffic jams of London. And those are horrific. It is unbelievable how much traffic isn’t moving AT ALL! Long story short: at 09:30 we finally arrived at Victoria Coach Station, which gave me 3 more hours to explore London! Luckily I don’t have to experience this on the way back…. because NS International arranged something very special for me to arrive in Brussels by train.. (can someone guess what it is?).